You can see my full review at Sinfully Sexy and enter to win a Kindle Paperwhite.

“It’s amazing how you can live without somebody your entire life and then you meet them, let them in, let them take over your every thought, and then the moment they’re gone, you feel like you’re fucking dying.” 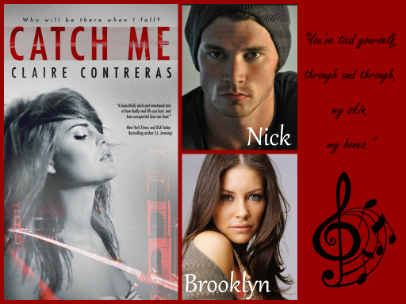 Twenty-five year old Brooklyn Harmon is the daughter of the empire known as Harmon Records. Her father created the company and made it the success it is today with his drive and hard work. However, sacrifices were made and those sacrifices came in the form of neglecting his daughter. Being raised by a famous music icon for a father and a vain and egocentric fashion model for a mother has put Brooklyn under the public microscope and subjected her to a lot of scrutiny. Despite being raised in a life of privilege, Brooklyn has experienced much tragedy in her young life that has essentially brought her to her knees and immersed her in a bubble of loneliness and depression. Coming from a home that lacked in love and care, she is having a hard time pulling herself from the constant sadness and despair that surround and envelop her.

In an attempt to once again prove herself to her cold and stoic parents, Brooklyn agrees to go to New York and work alongside her brother, Hendrix, at the Harmon Records New York office recruiting for the record label, something she has done in the past and does extremely well. Being in New York brings her in close proximity to Shea, a famous musician and ex-boyfriend/lover/friends with benefits of hers. The pair have remained friends despite their complicated and painful past. Shea introduces Brooklyn to his producer, Nick Wilde, and there is an immediate attraction and connection between the pair. As Brooklyn and Nick run into one another quite often, the flirting increases and the pull they feel towards one another becomes all consuming.

There is definitely a slow build when it comes to the relationship between Brooklyn and Nick. At first Nick is this mysterious and elusive character who I could not quite figure out. I was unquestionably intrigued. I did enjoy the fact that there was no “insta” anything, although I am not opposed to insta-love/insta-lust. Because of Brooklyn’s personal demons and emotional barriers it took her some time to give in to Mr. Wilde’s charms and subtle pursuit. As Brooklyn and Nick enter in an intense and passionate romance, they are faced with a few hurdles that must be overcome. Can Brooklyn let go and trust Nick enough to blindly fall not knowing if there will be someone to catch her?

I did enjoy the fact that nothing was really rushed in this book. I also certainly loved Nick’s character. He was so patient and loving when it came to Brooklyn. He made my heart melt numerous times. Sigh! My issues with this book stem from the fact that at times I felt like matters were drawn out and it became a bit much. The storyline was hard to get into at times as I felt that it was bogged down with unnecessarily repetitive and mundane details that could have been avoided. Further, Brooklyn’s inner monologues were monotonous and so lengthy that I did find myself skimming portions of the book. When it came to Brooklyn’s inner thoughts, everything was simply too detailed, tedious and dull. I got very tired of hearing about how beautiful she was, her outfits down to the last detail and Nick’s beautiful blue eyes and his faux hawk. Really, how many times does his faux hawk need to be mentioned????? I would have liked to see more dialogue between Brooklyn and Nick to truly cement the connection they were feeling instead of an escape into the inner workings of Brooklyn’s mind in the form of yet another monologue.

I did have a hard time connecting with Brooklyn as well. Yes, this is a girl who has had some horrible things happen in her life but I still found her whiny, juvenile and self-centered. I got tired of all the unnecessary drama and her inability to simply grow up and reach for what she truly longed for. I wanted to scream “grow some balls, woman!” many, many times and perhaps a good punch to the vagina would have pushed her to make some sensible decisions. Brooklyn essentially epitomized all that I find frustrating with new adult books. I would have liked her to be more self-assured and less drama seeking.

Please do not think that I did not enjoy Catch Me by Claire Contreras. I really did. The writing was wonderful despite my issues with the heroine and the repetitiveness of the inner monologues. This was a book that I enjoyed reading and could not put down. I was interested in the plot and was emotionally invested enough to truly be rooting for Nick and Brooklyn to get their happy forever. If you are a fan of this author and new adult reads, I have no doubt that this book will be a wonderful read. Ms. Contreras did give us some excellent secondary characters and if there will be further stories focusing on some of these characters I would definitely be excited about that! 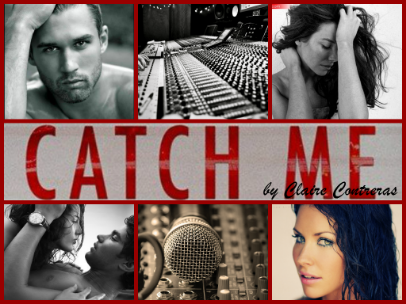 *A copy of Catch Me by Claire Contreras was provided to me in exchange for an honest review.